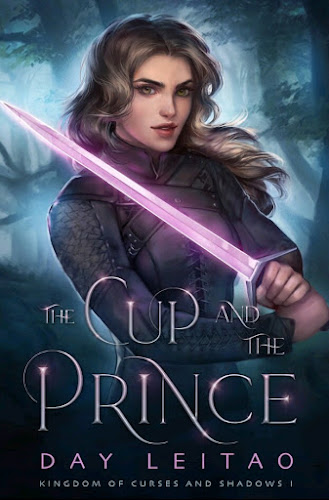 (A/N: I still couldn't get over of how gorgeous the cover is T.T)
Title: The Cup and The Prince
Author: Day Leitao
Categories: Teens & YA, Fantasy
Source: Netgalley
Publication date: 15th October 2020
Pages: 174
Rating: ⭐⭐⭐⭐/ 5

Synopsis (by the author)

Zora wants to win the cup and tell them all to screw themselves.

Yes, 17-year-old Zora cheated her way into the Royal Games, but it was for a very good reason. Her ex-boyfriend thought she couldn't attain glory on her own. Just because she was a girl. And he was the real cheater. So she took his place.

Now she's competing for the legendary Blood Cup, representing the Dark Valley. It's her chance to prove her worth and bring glory for her people. If she wins, of course.

But winning is far from easy. The younger prince thinks she's a fragile damsel who doesn't belong in the competition. Determined to eliminate her at all costs, he's stacking the challenges against her. Zora hates him, hates him, hates him, and will do anything to prove him wrong.

The older prince is helping her, but the cost is getting Zora entangled in dangerous flirting games. Flirting, the last thing she wanted.

And then there's someone trying to kill her.

First off, I was really entreated to get this book because of its beautiful cover and as well as its promising premise which revolves around the strong female character and the complexities of royalty life. And you know the drill, having royalties in a YA Fantasy is such a *chef kiss.
Anyway, the plot is very clear, nothing that can confuse you because the whole ride is very interesting for readers to follow up. Unputdownable I would say. You can actually read this book in one sitting due to its easy and comprehensive narration. This book is written from an omniscient point of view and I think it's better in that way since it's a high fantasy.
YUP, there's some magic included here and for once I'm relieved that this book doesn't turn out to be like a typical one where the main character who comes from the slums suddenly breaks down the barrier between the poor and the rich by having an unbeatable power (You know what I'm saying). Instead, what I found profound and unique in this story is that the main character itself holds a very indomitable spirit as she doesn't really possess any special qualities. Her skills are only built up from her usual routines which are killing the shadow creatures and teaching other children how to survive and kill them. Not only that, but I also like her bravery in confronting a head-on with anyone who looks down upon the women's status. I SMELL WOMEN EMPOWERMENT HERE. So it's definitely a yes book for me.
If you're looking for a strong feminist who suddenly finds herself entangled in the game of royalties (3 princes at that) then this book is for you. I honestly live for the funny banters between the female character and the youngest prince. Both of them have the same wrath harbored towards each other and the fact that they are competitors in a quest for attaining the glory of the Blood Cup is really entertaining and interesting.
One star is missing because of that abrupt ending and the unexpected blow. The twist in the end really propelled you to get anticipated for the upcoming second book, The Curse and The Prince, which will be released in 2021. I can't wait to start reading it. Thank you to Netgalley and Day Leitao for providing me an e-arc of this in exchange for an honest review.
And surprise! Leitao has her own website, you can sign up her newsletter to receive updates, freebies, promos, and exclusive content. Click here.
Thank you for reading my review! Love you guys lots 💓💓
Email Post
Labels: fantasy young adult fiction 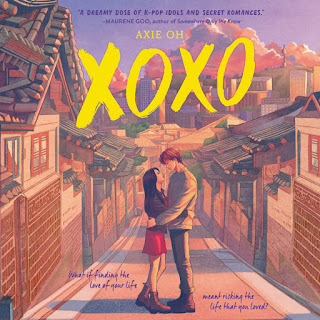 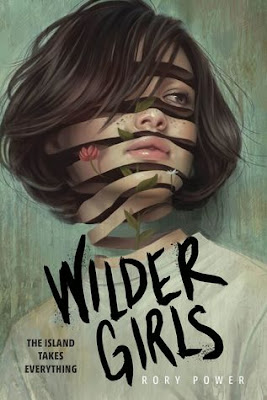 Meet the Sky
by McCall Hoyle

Love in English
by Maria E. Andreu
It’s a sweet young adult story revolves around a Spanish teenager Ana who just migrated from Argentina to New Jersey along with her family. Living in a house that’s fully speaking in Spanish, she’s been facing a series of setbacks that i...

readleisurely
Hi, welcome to my space!